“My computer kept locking up, so I had to let off some steam.” – Alice

“You can’t fix your computer by punching it!” – Pointy Haired Boss

“Why would I punch my computer?  That’s crazy.” – Alice

What is going on?

Alice was getting very upset at work because her computer kept stopping.  The specific word to describe her emotion would be “frustration”.  Therefore Alice had to let out her anger by punching (hitting) something.  She hit a computer screen.

What does “steam” mean?

The word steam means water in an invisible gas form.

As slang, the word steam means anger or strong emotions of negativity. 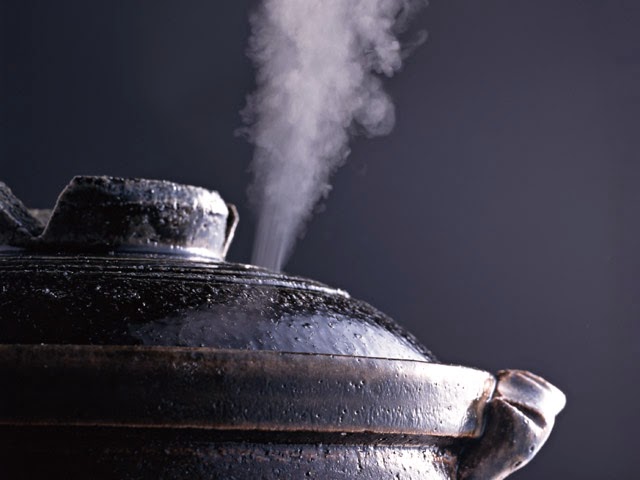 When one says that they are letting off steam, they are being figurative by comparing themselves to a kettle that has reached its boiling point. 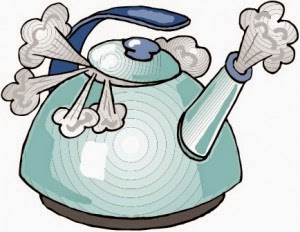 To relieve pressure (the feeling of frustration) a person, like a kettle, must let off steam! 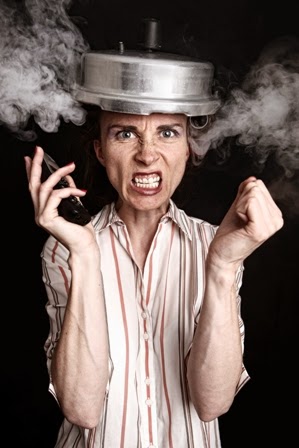 The phrase, “letting off steam” or “blowing off steam” is a popular figure of speech.   You use both expressions to describe when you need to do something to relieve yourself when you feel upset or stressed about something.

Why is this funny? 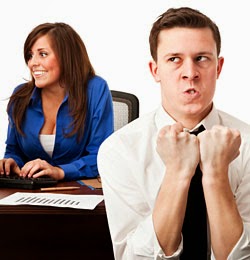